An Agile Strategy For An Optimal Resolution

Taking over a case shortly before trial is always a challenging matter—but doing so at the last minute in cases with complex and nuanced considerations is even more difficult. Enter Rissman.

In a recent liability defense case transferred to the Rissman team, Rissman attorneys Aaron Eagan and Richard Kearley obtained a favorable result in a trial concerning a vehicle collision.

In the matter at hand, the defendant made a left turn directly into the path of the vehicle operated by the plaintiff, resulting in a T-bone collision and serious injuries sustained by both parties. The plaintiff incurred extensive leg injuries and developed an infection following surgery that meant she was unable to walk for several months following. The defendant also experienced significant and traumatic injuries as a result of the collision.

The collision was partially captured on surveillance cameras at the gatehouse of the neighborhood into which the defendant had been attempting to turn. So the case focused particularly on expert testimony regarding whether the plaintiff’s headlights were on at the time, and what impact this had on the outcome.

The plaintiff also presented expert testimony that the severity of her injuries would necessitate extensive and persistent future medical care. The jury ultimately found negligence on the part of the defendant but also that the plaintiff was comparatively negligent.

Special thanks go to fellow Rissman team members Aaliyah Din, Christina Aguiar, and Anisah Zolfaghari for their support in achieving these results.

Our Rissman Victories Series showcases some of the most relevant and timely examples of our expertise and highly practiced approach. We consider the interests of our clients as paramount, and take pride in delivering consistent and meaningful results time and again. 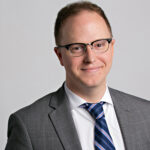 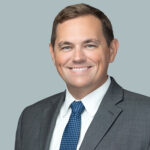 The Question of Permanent Damage

The Evolution of an Injury

The Nuance of Medication

The Question of Permanent Damage

The Evolution of an Injury

The Nuance of Medication

Read more
Back to top